COME AND JOIN US!

Rehearsals are every Monday from 7.30-9.30 and we are based at St Giles' Church,Walsall St. Willenhall.WV13 2PW. We already have a number of new voices and the buzz is back! We are still looking for voices in all sections of the choir. If your choir is no longer able to continue,you will be made very welcome at Willenhall Singers. Subscriptions are only £15 monthly.

The choir would not function without the excellent work done by our committee in organising our affairs.There have recently been some changes and the new appointees will be added shortly.

Margaret is one of the longest serving members of the choir, sitting in the soprano section , and helps to organise publicity for the choir generally and for specific concerts. She was appointed President at the AGM in 2009.

Pam was re-elected at the 2019 AGM and will no doubt do as good a job as she did previously.

Justine was appointed in January 2011 after 20 years as a choir member and has introduced a number of modern pieces to our repertoire. We have been regularly complimented on the variety in our programmes. She leads us in a refreshing way and rehearsals are always lively!

Anne is a contralto and joined the choir in 1979 . She has been Treasurer for the last 20 years, keeps a firm grip on finances and produces the programme for the annual charity concert.

Matt joined us in 2019 and is just getting used to us!

Annette has only recently joined us but is very keen.

Dennis  quickly volunteered to be bass rep and he is not shy to voice his opinion. He also looks after the Notice Board ( his idea! ) at rehearsals. 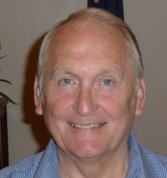 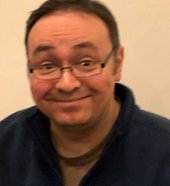 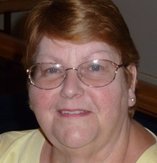