COME AND JOIN US!

Rehearsals are every Monday from 7.30-9.30 and we are based at St Giles' Church,Walsall St. Willenhall.WV13 2PW. We already have a number of new voices and the buzz is back! We are still looking for voices in all sections of the choir. If your choir is no longer able to continue,you will be made very welcome at Willenhall Singers. Subscriptions are only £15 monthly.

This a recent photograph, but  number of changes have occurred in the last year or so. We'll get an up to date snap very shortly.

Our current line up is as follows:

Let's not forget  the two most important people- Justine Clarke, Musical Director and  Matt Davies, our  Accompanist. Here they are! 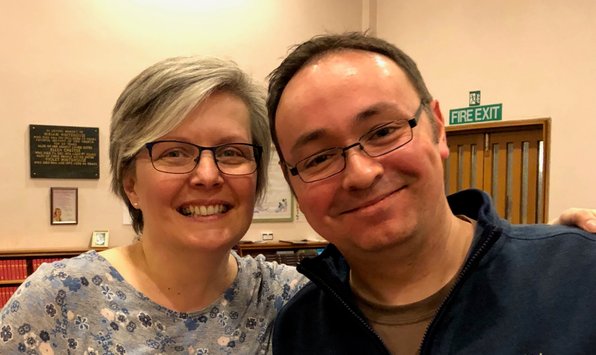